Whitney Martin
Wellness
Comments Off on …”A Lesson From A Preschooler”…Where Is The Love?

…”A Lesson From A Preschooler”…Where Is The Love?

« The Indoor GardenPlanking Your Way to a Stronger Core » 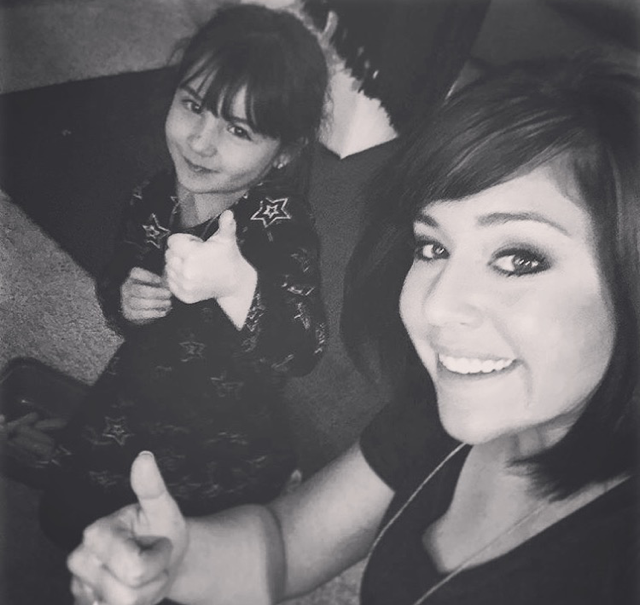 She may not be able to spell her last name or reach the kitchen cabinets without a step-stool, however a preschooler may have taught me the most important lesson I’ve ever learned.

It was a normal Saturday, Brooklyn hopped in her car seat with giant smile. I stayed in park, turning to the back to snap a candid picture on my iphone. It wasn’t a special occasion, we were going to the grocery store. The flash went off as I quickly showed her the image on the screen. Her reaction was sobering. She grunted, taking a deep breath before the most impactful and disappointing words came out of her mouth…“Don’t post that, I look fat.” She’s four years old.

Where did she hear that? Was it from me? Sure sounds like something I would say but then again, it sounds like something nearly every woman has said at some point, and that’s the problem. It’s more than self-destruction when our crippling comments are changing the way the people view themselves. Negativity spreads and it’s starting to reach our children.

When I was in elementary school, some of my friends weren’t allowed to play with Barbie’s because their parents felt the dolls provided an unrealistic body expectation. Is that topic still a concern or is the problem so much larger that the argument is buried underneath pictures of the Kardashian’s, breaking the internet and our confidence one tweet at a time.

Remember when adjusting the radio while driving used to be the topic of PSA’s? Now cell-phones are capable of streaming movies in our hands behind the wheel, Making “turning the dial” seem petty. The point is, flipping through songs is still dangerous however, because there are so many bigger, newer distractions, it’s no longer the primary worry. That seems to be the case when it comes to the lack of self-love. We’ve accepted this wave of thinking as if it’s normal while turning a blind eye to the bigger picture.

I once read a biography about a man who couldn’t speak or move for years. Everyone thought he was a vegetable, when in reality, he was aware of everything around him. He couldn’t communicate until he finally woke from his sedated state. He was essentially a fly on the wall and recalls listening to nurse’s talk to each other daily, all complaining about their weight. In fact, he says it was almost the only thing they talked about. It serves as another example of the silent audience digesting our self-sabotage.

We treat compliments like they weren’t meant for us. Think about the last time someone said something nice to you. How do you react? For me, I constantly try to prove the person wrong. “Oh, these shoes? I’ve had them forever, they’re really old”. Â It’s as if saying “Thanks” is almost carried with guilt or maybe even denial, as if we aren’t allowed to agree and accept the kind words.

We are our own worst critic. We’ve heard it before, but what defines constructive criticism? If I’ve learned anything from my four year old niece, it’s that what we never know who is watching. I once asked her where she could see herself in 20 years, her innocent response, ” in a mirror”. WhileÂ her remark wasÂ quick and witty, I honestly wonderÂ the thought process kids her age will haveÂ  when they see their reflection as young adults. We can help shape that right now. Our inner thoughts aren’t so “inner”. Our negative self perceptionÂ could be setting a disgusting and disingenuous precedence for our future. It doesn’t matter howÂ young girls like Brooklyn viewÂ their Barbie’s ifÂ we negligently teach kids, not to love themselves.

« The Indoor GardenPlanking Your Way to a Stronger Core »
Share this